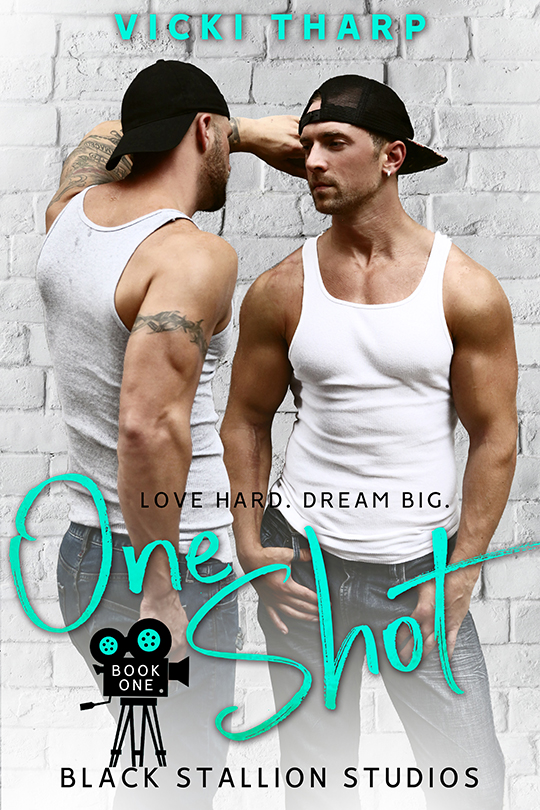 CJC: How did you get started as an author, and what made you want to pursue that field?

VT: I’ve always been an avid reader and interested in writing. In middle school, I took a creative writing class that I loved. It wasn’t until I retired after ten years practicing veterinary medicine to stay home with my young kids that I had a chance to pursue writing. After all, there is only so much laundry you can do or diapers you can change before going mad.

CJC: What hurdles have you overcome while striving towards your goals?

VT: At first, I wanted to be traditionally published, so I went the whole route of finding publishers and an agent, which is a battle in itself. Now, I can write a great story, but my queries sucked. So, I got the attention of publishers and agents through the contest route.

Later, I decided I liked having more control over every aspect of publishing. After I had four books traditionally published, I went the self-publishing route. Both paths to publication had their own steep learning curves and unique hurdles to jump. I’m still learning every day. That’s one of the things I love about this business.

CJC: Which novel has been your favorite to write and why?

VT: Every book I start is my new favorite. But if I had to narrow it down, I think One Shot would be at the top of the list. I typically write M/F romantic suspense. One Shot, though M/M, is straight contemporary. All my books are character-driven, but it’s a different kind of challenge to write a book when you don’t have that suspense subplot helping drive and add conflict. But apart from the plot, I absolutely love the characters in this book. They were a blast to write and definitely kept me on my creative toes.

CJC: For those looking to become an author, what advice would you give them?

VT: Read widely, in and out of the market you wish to write in. But the biggest thing is to start somewhere.

Don’t be afraid to make mistakes.

I knew nothing about writing a book when I started. I had an idea and started writing. I think that’s where reading widely helped. I had no formal story structure training, but having read so much, the basics came naturally.

Even so, that first book went through so, so, so many revisions, though, while I conquered head hopping, and backstory dumps, and pace, and dialogue, and point of view. I learned so much along the way, not only from contest feedback but from critiques from other writers who I met through local writing groups. There is so much great information out there on the craft of writing and the business of publishing, from books and conferences and local writing chapters, that if you want to be an author, the information you need to be successful is out there.

VT: More of a quote really. From Jodi Picoult. I think Nora Roberts said something similar.

“You can always edit a bad page. You can’t edit a blank page.”

Which to me, basically means get your butt in the chair and write. Don’t wait for inspiration or your muse or whatever. Sit down. Put in the work, whether it is fifty words a day or five thousand. It’s amazing how ideas come to you as you write that never occurred to you before you sat down to put the words down. And if you have to delete half of what you’ve written, that’s okay. At least you have something to build on.

CJC: In one word, how would you describe your writing style?

That amorphous blend of plotter and pantser.

CJC: Which author inspires you the most and why?

VT: This changes all the time. But right now, it’s Megan March. She has come so far in her career in such a short period of time. It’s inspiring and impressive. Making bestseller lists as an indie author is an amazing feat. And her books are great. Check her out!

VT: I’m a combination of a plotter and a pantser. When I have an idea, I flesh out a character’s goal, motivation, and conflict. And from there I do a very loose outline. So loose, it gives me hives to call it an outline, so I call it my “has to happen list.”

I know where I’m starting and where I’m finishing, and I make the list from there.  Which is basically a chronological order of major plot points. When I start, I usually don’t know precisely how I’m getting from A to B to C.

If I am having trouble getting from one point to the other, I may dial it in and get more specific with my plot, but I don’t do it for the whole book. This gives me a framework, but it isn’t so rigid that I can’t follow a new, and better, plot idea. I’ve had whole books changed when a character asks another one a question, and their answer came as a surprise to me, and it sent the book in a different direction, or it gives me insight into character backstory that I hadn’t thought of before.

For me, if I made a very detailed outline where I knew exactly what would happen, I’d get bored and lose interest. Half the fun in writing for me is discovering where the story will take me.

CJC: What new projects are you currently working on and what are your goals for the remainder of the year?

VT: I’m finishing up my three-book M/M Black Stallion Studios series. All three will be released by the end of the year. One Shot releases October 21st, followed in November and December by the other two.

While finishing those edits, I’m hoping to write the 6th and final book in my Lazy S Ranch western romantic suspense series and get that out sometime in the first couple of months of 2020. Finishing up that six-book series will let me dive into another related romantic suspense series I’ve been dying to write for a couple years now as well as start a spinoff M/M series in the same world as Black Stallion Studios.

I used to be afraid of running out of ideas. Now, I can’t write all the books fast enough!

VT: There are so many amazing writers out there. Don’t be afraid to try someone new or something out of your usual genre or sub-genre. If you use an e-reader, take advantage of your ability to download samples. That way, you can try before you buy. Get out there and explore. There are so many fantastic stories out there you don’t want to miss.

Thank you so much Vicki for taking the time to partake in this interview and for featuring Blake and Gideon on the cover of One Shot which is now available to purchase here.

Stay up to date with Vicki’s latest releases by following her on Facebook here. 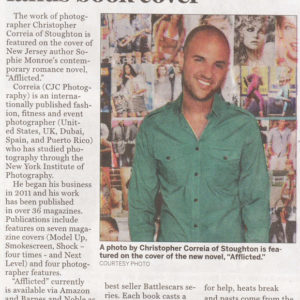 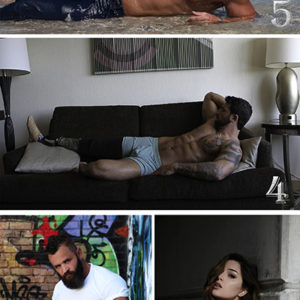 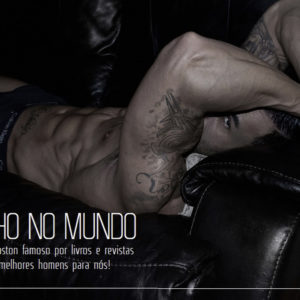 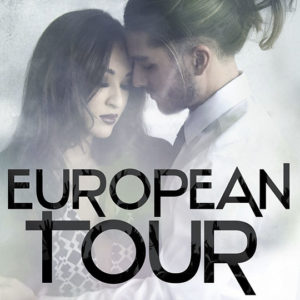