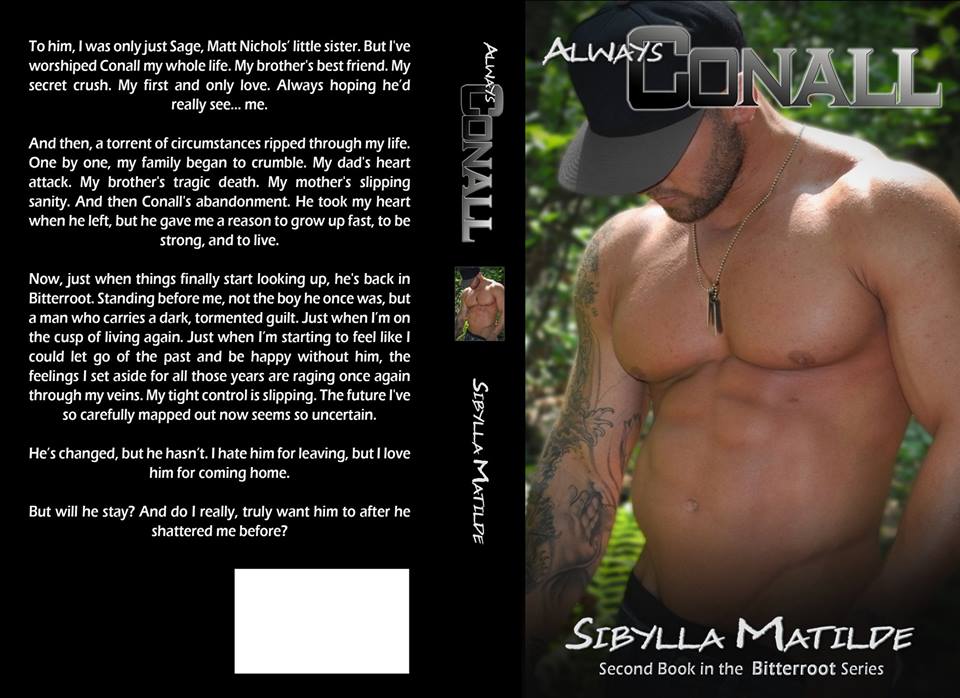 I’ve always written, although mostly more technical for jobs I’ve had, and I never kept any of the non-technical stuff until about a year ago. I tried writing stories as a kid, but was incredibly impatient and I have atrocious handwriting when I’m feeling impatient, which is how I always feel when I have a story burning its way through my brain. Consequently, I never liked what I wrote and always tore it up or erased it. Through the years and jobs I’ve had, I’ve gotten to be a really fast typist. I can type way faster than I can write with pen and paper. Plus being able to edit as I go along makes the process that much easier. Then, a few years ago, I stumbled across Goodreads and met some crazy, pervy ladies on there. Over time, some of us sort of developed this unofficial club, and we became the SmutSisters. A couple of us were just readers, a couple of us were bloggers, and a couple were indie authors. At the time, I was doing a little editing and kind of learning about self-publishing.

But all my life, I’ve been an intense daydreamer. Super crazy la-la land type daydreaming. I constantly have some plot going through my mind and my head swirling with some torrid love-hate relationship, often to the point where I kind of have to go sit off by myself and let the story work its way through to the end. Only then can I let it go. Somewhere in the midst of the SmutSister formation, I started making a few notes here and there on my iPhone. Something would pop into my mind, and I’d make a note. Something would strike me funny, and I’d make a note. Something would make me sad, and I’d make a note. And the story that was working its way through my brain at the time became a bunch of notes on my iPhone. So I pasted them into a Word document, and I had over 6,000 words of notes.

I shared a little of what I’d written with my SmutSisters, and they encouraged me to continue with it. So I did. About three months later, I had finished off Little Conversations. And then I wrote In the Firelight, then Because of Kian. And now, just under a year from when I first published, my fourth book, Always Conall, has been released.

2) What hurdles have you overcome while striving towards your goals?

Well, there’s the obvious, although some of the hurdles have a flip-side that are complete plusses. I work full-time. That one is a total hurdle. I do love my job, but it is extremely busy and some days my brain is spinning when I come home at night. Emotionally and artistically exhausted, which interferes with my writing processes. I wake up really early, four or five in the morning most days, and spend most of my evenings in front of the computer or editing on my tablet. To add to that, I have a husband who, for some reason, seems to want to spend time with me… crazy guy. Granted, he’s incredibly supportive, too, which really makes him a plus rather than a hurdle. He’s not sure why I drive myself the way I do, but he does more housework than I do these days because I’m always, always working at something. I have two teenage kids who, for the most part, don’t really want a lot of attention from me. They’ve kinda got their own thing going. However, they always seem to want to have some deep discussion about the meaning of life or some shit when I’m in the middle of a heavy duty sex scene. Total combination of awkward and mood killer. That said, my son’s friends seem to find it totally awesome that I write dirty books.

But, all in all, my biggest hurdle this year was doing something I never thought I’d do, and that was my trip to Edinburgh to sign at RARE. I’ve always wanted to go to Scotland. I’ve got ancestors who hailed from Inverness, and The Highlands region has always called to me. And it took a lot to get me there. And I’m a total small-town agoraphobe, so the thought of going to a place so far away, to be surrounded by people I didn’t know, seriously terrified me. And it terrified my husband that I wanted to go, because this is so out of the realm of anything he’d ever imagine I’d do. But with the support of my friends and family, I managed to get on a plane. I managed to stand in a room full of people I’d never met in person, even though I was almost in tears before the welcome party because I was so nervous (the Xanax helped). But I did it. I chatted and even did karaoke in a room full of amazingly talented authors that I admire and sort of worship a little. And I’m so glad I did. I’m so glad I lived out loud and took that trip because I met some truly amazing people.

That’s kind of hard because they’re all so different. In the Firelight was probably the most fun to write because I loved writing about such a sassy heroine. I relished in the ‘foreplay’ fighting between Rhys and Shea. I loved imaging the town of Snowcreek, which is based on a town near where I live. I love the idea of a little cabin up in the mountains and a big ol’ lumbering sled dog. And fireplaces are truly sexy. That warm glow and soft light that plays on the sculpted muscles of a sensual man. (fans self) But, as much as I loved writing it, it also scared the beejeezus out of me. I had some fans who had loved Little Conversations. Like really loved it. And I was so afraid of letting them down. Rhys was a completely different character from Ronin, so I was afraid people who had liked my first book would think it was shit, that I’d lose the few people who thought I could write and then I’d never feel up to writing again.

First of all, it may sound overly simple, but just write. Write down everything that pops into your mind whenever you can. Work it and craft it. Nobody writes a perfect story right out of the gate. It takes a lot of editing and re-editing and re-re-editing. And then you need to find some people who will tell you what they really REALLY think, not what they think you want to hear. People who will actually tell you things like, “OMG, I hate this!” “Why did your character do this?” “That guy is being a real douche!” “Your heroine is a total whiner!” Because people will think that. Take your beta feedback seriously because these people are thinking what readers will think. Don’t let it deter you, and filter through their advice to improve upon what you’ve written. It’s up to you to write the story you want, but if you get two or three people saying your hero is a pansy ass, he’s probably a pansy ass and you may want to toughen that boy up.

Do or Die! I’ve listened to Do or Die by Thirty Seconds to Mars every time I’ve published. It sort of took that song to pump me up the first time when I was freaking the heck out. The lyrics like “I will never forget the moment” and “dream out loud” and “fate is coming, that I know, time is running out” just gave me a little extra push, and it has since become a bit of a ritual for me. You don’t get second chances with your life. So if you want something bad enough, you need to make it happen.

One word? Oh jeez… That’s absolute torture for a Libra, you know. Trying to pick one anything is a bit of a nightmare. But, let’s see. Probably (I hope, anyway)… genuine. I try to write about real people. About real struggles that exist in every day life, real fears that readers can relate to, real situations that people may have even lived through. Quite honestly, I find it rather difficult to pimp myself. I find it much easier to let others come up with that one word.

I’d have to say Kristen Ashley. She’s truly beautiful inside and out. She writes books that are so smart and funny and hot and heartbreaking. She puts so much of herself into her characters. I adore even just reading her FB posts because they always crack me up. I once commented on a post of hers and she responded and called me ‘babe’ and I about died. Total fangirl moment. I was totally like OMG OMG OMG. And I get a total giddy little twirl through my belly every time she favorites a tweet I’ve tagged her in or likes a FB post about how much I love her. LOL. She just really seems like an amazing person who is so full of life.

I’m not extraordinarily goal-oriented. I’m more of a blow-where-the-wind-takes-me type. But I suppose my biggest goal is to be the best person I can be. To be honest and truthful and sensitive to others. And, after that, to put out the best stories I can, to let my imagination flow through my fingertips and to write stories that inspire the flutter of emotion in others.

9) What new projects are you currently working on?

In anticipation of my upcoming one-year Roninversary (as my pimp Shell calls it, since she ‘bagsied’ Ronin from Little Conversations), I’m currently working on a novella to follow up that book, and I plan to release in October. I’m also jotting notes down for a novella to follow Always Conall that I plan to publish in December. And, I’ve got two other stories that have been whirling through my head, (both with a whole hoard of notes on my iPhone), so I’ve kinda got my work cut out for me.

Just that one of the first times I felt like a real, true author was when I purchased the photos of Brian Laferriere from CJC Photography. I still to this day sort of have to remind myself that, yes, after publishing four books, I should probably consider myself an actual author. Even now, though, it sometimes seems like a dream. However, something about that process, about not going with a stock photo that could show up on anyone else’s book, about knowing that my cover for Conall will be my cover for Conall… That gave me a truly wonderful feeling. And I can’t wait for our next project!

Make sure to connect with Sibylla on Facebook and purchase “Always Conall” here. 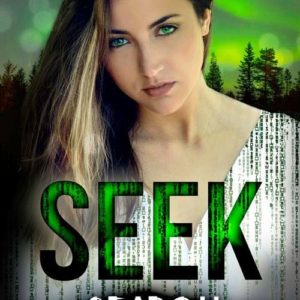 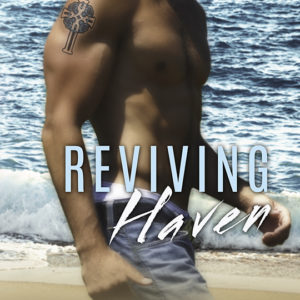 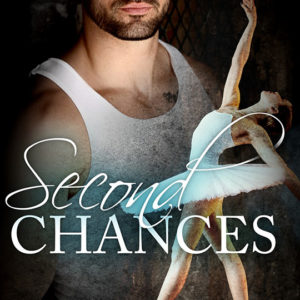 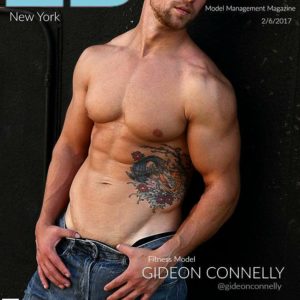